So let's start off by saying that I was completely into this book before I even started reading this book. How is that even possible you ask? Well if you have read The Tutor then you know a bit of what this book is about and I soooo desperately wanted this book and hoped that it would be what I hoped it would be. Vague as fuck? Yes but did K Larsen meet all my expectations, yasss and then some. I loved it every bit of it. The anticipation while reading this book was at an all time high for me. What would happen ? How would these two meet ? How would these two end up? All of it just sucked me in. The damage done to both of them and the one tie they have to each other that is so tainted so completely fucked up yet I wanted them to find each other as wrong as it might seem as disturbing as it should be. K Larsen paints a picture that sucks you in. That makes you relate to both characters even if you've never been in their situation and never could even fathom it yet I found myself understanding their stories and the after affects of it. I love these stories that are dark yet emotional and raw. I never thought I would like this type of romance because it's not conventional it's almost taboo? I don't know what to say here except I loved this book it will stay with me. And OMFG I'm so excited for what's to come. So Fucking excited.

Nora Robertson is struggling to find her place in society after being held captive for half a year. Her sense of normal is skewed at best, in love and life but, she is trying to recover with the help of her support system. She pines for a home and a love she can no longer have. A love she knows was wrong but still clings to and desires secretly. Liam Lockwood stumbled across a photo in a magazine of his ​long forgotten brother causing buried secrets, heartache and obsession​ ​to bubble to the surface.​ ​When Liam sees something he wants, he takes it. He always has and this time will be no different despite his father's warning. Payback for a dark and broken childhood now has a name, Nora Robertson. When Liam and Nora's paths collide everyone in their wake will be left stumbling when the truth reveals itself. Attraction is not random.

Note** To understand The Brother you should read The Tutor first. You can get The Tutor here >>> http://amzn.to/2fMwZtN 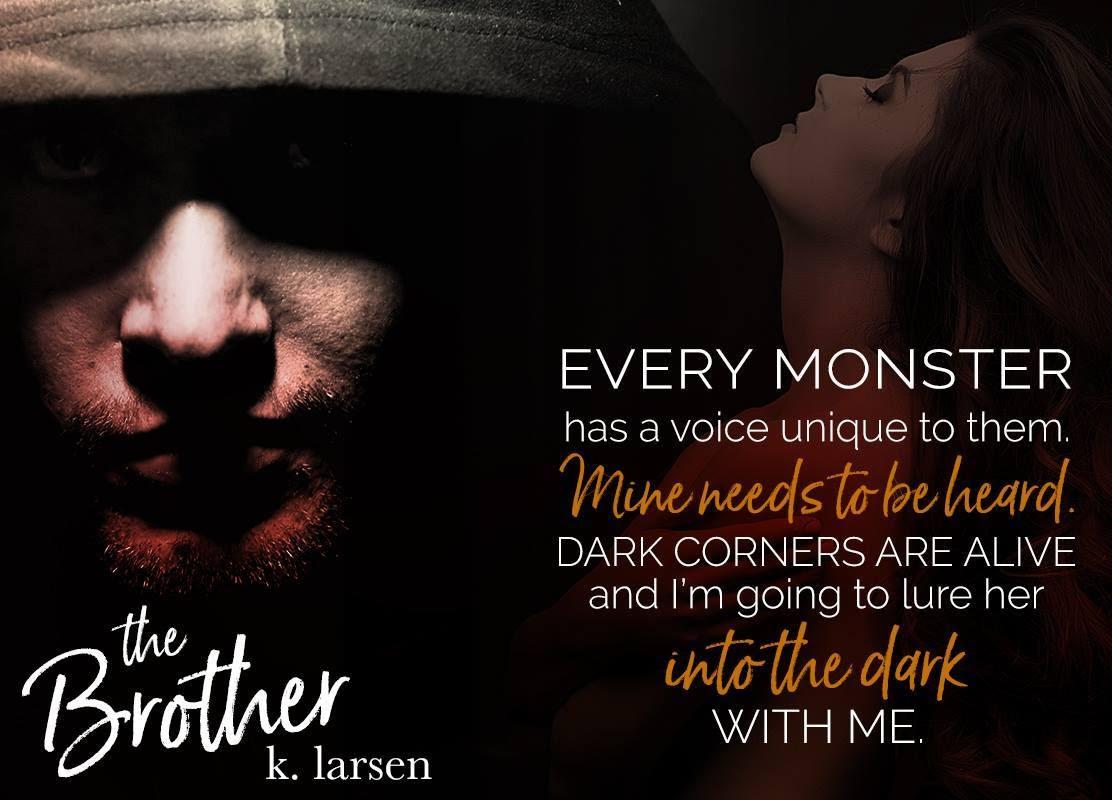 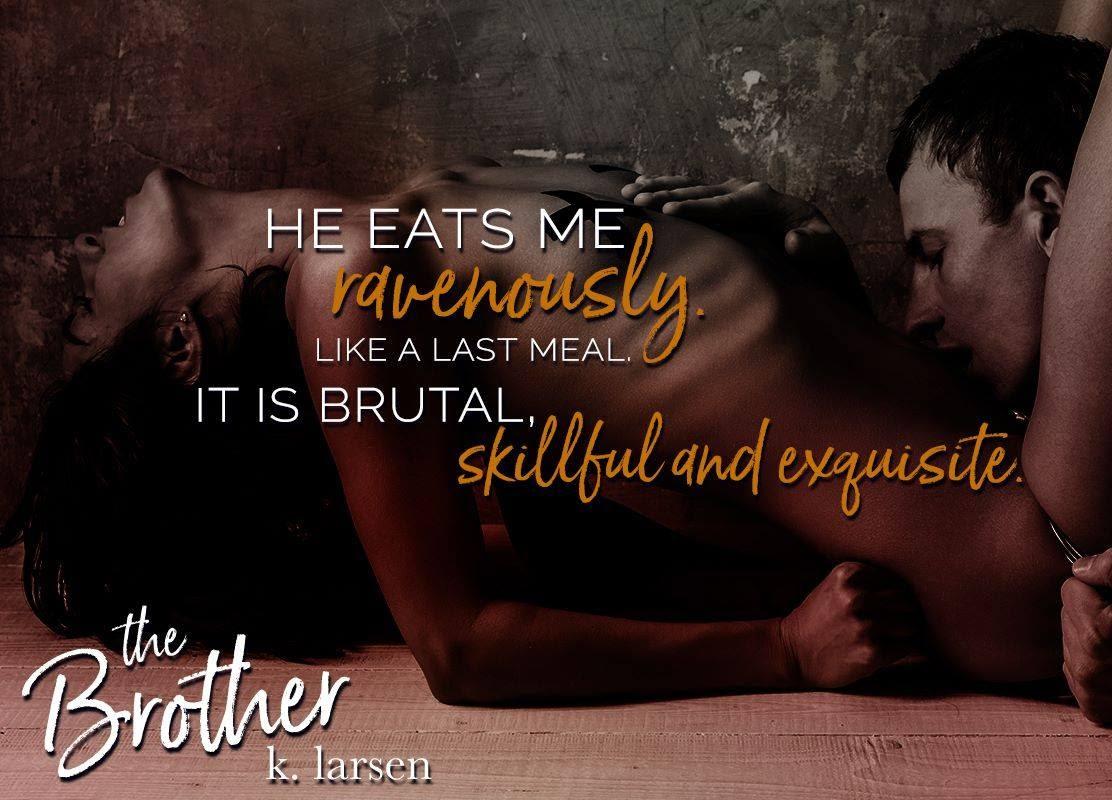 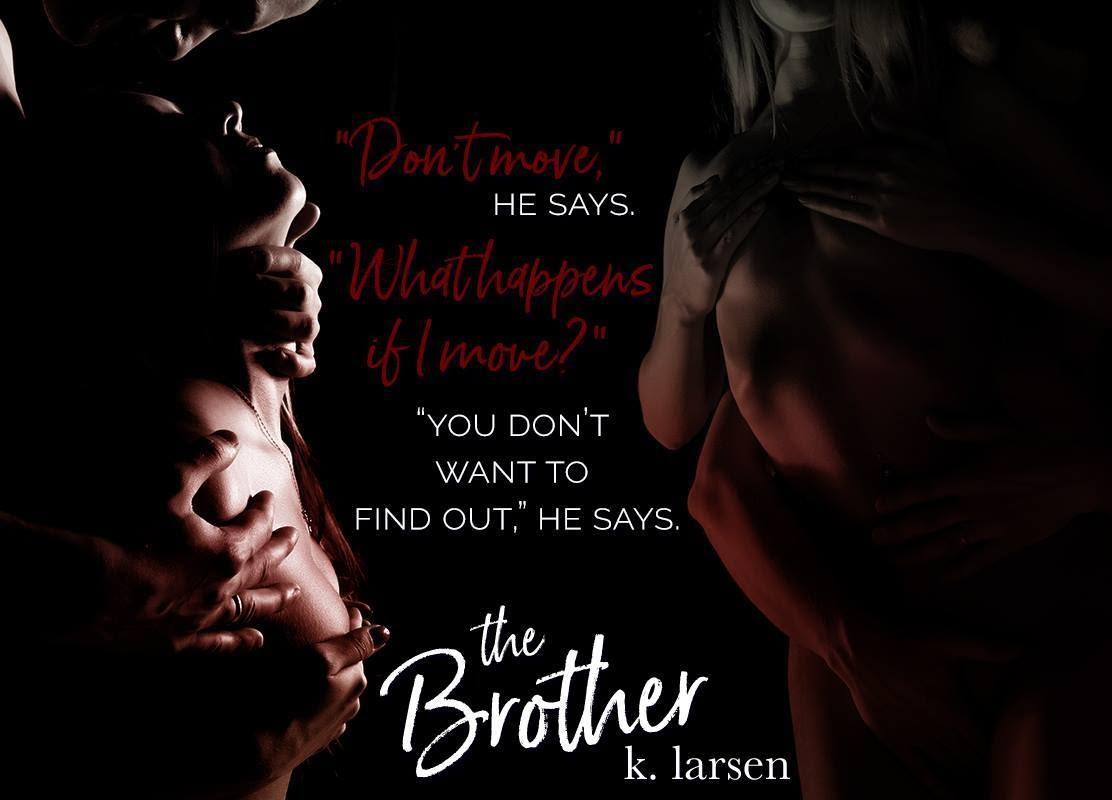 I saw the headline first. The Tutor Captive Speaks Out For First Time Exclusive!

I admit I was curious. I’d heard the news reports. Seen the reporters trying to get the meek redhead to talk to them last year. I was waiting in line at the grocery store- a task normally done by my assistant- when I picked up the rag and flipped it open to the article. Immediately nostalgia sucker punched me. One of the featured pictures showed the redhead, a young girl and…my brother. I slammed the magazine shut and slapped it on the conveyor belt with my groceries. Fucking Holden.

When I slip into my car, I yank the magazine out and read the article. Held captive. Cuts. Love. Emotional abuse. Scars. Moving on. Single. Raise awareness about abuse and PTSD. Blah blah.

“Dammit,” I mutter. Although I don’t recall an awful lot from my childhood I do remember my mother and her specific brand of abuse and my brother’s. I pull my cell phone from my back pocket and dial my father.

“Burn through the money already?” His voice is tight.

I groan. “No. Have you seen the latest edition of,” I flip the magazine over, “People Weekly?”

“Why would I have son? You in it?” His voice grates my nerves. He has two tones of voice, condescending and stern.

“No, but your other son is,” I say. I run a hand through my hair. It’s just long enough to consider scheduling a hair cut. My father would prefer it cropped close to the scalp, but I’ve always kept it longer.

“Excuse me?” He barks into my ear. “Holden Douglas Lockwood, remember him? He’s featured in the magazine.” I wait for his retort. His slew of curses but only silence greets me. “Dad?”

I end the call and toss the magazine on the passenger seat. I start the car while pulling up Carol’s contact to send her a quick text that I won’t need her tonight. She texts me back immediately to let me know she left dinner in the fridge for me.

The drive to my father’s house isn’t long but it gives me too much time to focus on my the short movie clips that play in my mind from my former life. Mountain life. Memories of Holden screaming and my father shouting. Holden coming into our room with blood dripping down his torso as I cowered in the corner. Holden covering my mouth in the middle of the night and drawing thin slices along my scalp. What Ma did to him, he did to me, but less so. And hidden. When I told Dad what was happening he snapped. Without warning, he threw me in his truck and drove us away. He told me to never speak of our cabin. To never speak of Holden or baby Laura or Ma again. Nightmares kept me up most nights until Dad started to beat them out of me of with his belt.

We started fresh four hours south of that damned mountain. He created an empire for us. Sent me to the best schools and now I run the business he started. We have wanted for nothing. I have no idea how Holden or Ma or Laura faired. Except now- I do. I know they are all dead from that damned article.

I pull into Dad’s gated driveway and leave the car running at the front door. His valet takes my keys as I pass by him. I don’t bother knocking on my way inside. Dad sits behind his oak desk. He hand carved it. Sanded it for days. Stained it and had his security detail move the enormous hunk of wood into his office. Two fingers of whiskey reside in a glass to his left.

“Show me this article.” I lean forward and toss the magazine on his desk. He flips to the article and reads silently. When he finishes, he grunts and slaps the magazine closed.

“We don’t have anything to worry about. They got his last name wrong.”

“But Dad, what about the cabin? There could be things there that lead back to us. Pictures or, I don’t know?”

“There’s nothing Liam. Holden’s dead. Laura’s dead and your mother is dead. Good riddance. It sounds like Holden took up her ‘art’. He was destined to get caught.”

“That’s all you have to say? Laura and Holden were your children too.”

“I let them go a long time ago and you should have too.”

“No. Your Mother was bat shit crazy. Love made me do stupid things for that woman. Move that damned mountain to commune with nature. Live off grid to aid her art. I gave her enough years. I have nothing left for her-not even curiosity.”

“But Holden, Laura?” I say. “I couldn’t care for an infant on my own and Holden was too far gone by then. I could however, save you. Are you not grateful for that?” Save me. The words sound sincere rolling off his tongue but saving me from Ma and my siblings didn’t spare me his abuse. I cannot say this however.

“Don’t over think it Liam and don’t tell anyone about this article. Understood?”

“Good,” he says while lifting his glass to his mouth. I watch the amber liquid slosh back and forth and yearn for a glass of my own. The first time I’ve heard of, or seen my brother since we left was in a magazine for being a psychopath and my father wants to simply sweep it under the rug with no explanation. It baffles me and irritates me simultaneously. I say nothing to my father because is not the kind of man you push.